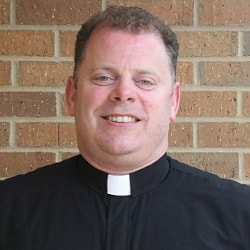 Fr. Jeff Belger, Priest Director
Fr. Jeff Belger is the Priest Director of the Newman Center. He is a native of Doylestown, PA (but does not remember it), and is beginning his tenth year at the Newman Center. Prior he served as Priest Campus Minister at the Newman Center and Parochial Vicar at St. Mary of the Visitation Parish. In addition to Iowa City, he has served in Clinton (Prince of Peace Parish), Pella (St. Mary Parish), and Oskaloosa (St. Mary Parish). Fr. Jeff began his discernment to the priesthood while a student at Notre Dame High School in Burlington. After working professionally as a Program Director for the YMCA in St. Louis, MO, Fort Wayne, IN, Atlanta, GA, and Nashville, TN, he returned back to Notre Dame High School as a teacher and Youth Minister. His parents and brothers continue to live in Burlington. He attended St. Meinrad School of Theology, where he earn both an MA and an MDiv in Theology. 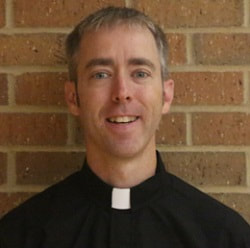 Deacon Joe Welter
Deacon Joe Welter is a deacon of the Diocese of Davenport, and is assigned to the Newman Catholic Student Center, St. Mary Parish, and the Diocesan Office of Social Action. A native of Long Grove, IA, Joe is an alumni of The University of Iowa and has been involved at the Newman Center for two decades. He is a civil and environmental engineer. He is married to Katie, a math and religion teacher in the Regina Junior and Senior High School. They have three children. 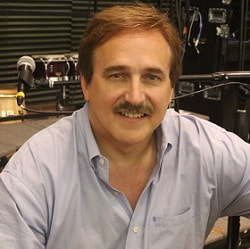 Joe Mattingly, Director of Music
Joe Mattingly, a well-known author of contemporary liturgical music, whose work is used in parishes and schools throughout the country, is the Director of Music at the Newman Center. Under his guidance, the Newman Singers have cultivated a reputation as a leading ensemble of contemporary liturgical and inspirational music. The Singers have recorded 11 CDs of original music, and they tour nationally. 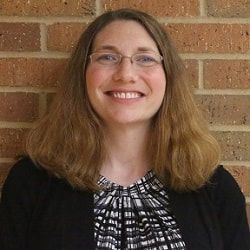 Christine Wissink, Director of Outreach and Education
Christine Wissink began working at the Newman Center in the summer of 2016 as the   Director of Outreach and Education. A native of Hiawatha, IA, Christine has 15 years of
experience in youth, young adult, and campus ministry and holds a Master's degree in
Ministry from Loras College. She recently served as the Associate Director for Campus
Ministry for the Diocese of Sacramento in California. Christine is married to Tony, a native of   Iowa City, and they have one son. 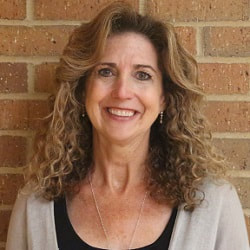 Laurie Harris, Business Manager
Laurie Harris is the Business Manager of the Newman Center. Most recently she served as the Executive Director and brings a mix of business aptitudes, accumulated from over twenty years in corporate retail, wholesale, and health care industries, and the desire to serve the mission of the Church. Before coming to the Newman Center she served as the Executive Director at Prairiewoods Franciscan Spirituality Center in Hiawatha and prior to that she was the Executive Vice President of an international diamond manufacturer. Laurie is a Franciscan Sister of Perpetual Adoration Affiliate, committed to Gospel living, with a focus on prayer, ministry and community. She is married to Chris Harris, and they have three children and a Bernese mountain dog. She is an Iowa City native, and the family is members of St. Thomas More Parish, Coralville. 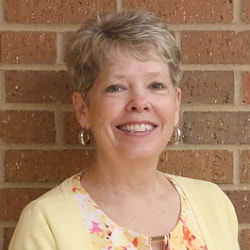 April Rouner, Director of Development
April Rouner has served in the development profession for over 26 years. She was the  Executive Director of the Regina Foundation for the past 16 years and prior to Regina, April  was a development officer for Abbe Center, Inc in Cedar Rapids for 10 years. ​April is a UI  graduate and is proud to say she began her love of the Newman Center when she attended  as a student. April and her husband, Steve, have four sons whom graduated from The  University of Iowa and also participated at the Newman Center as college students. April and  Steve are long-time members of the Newman Center's Founders' Club. April joined the  Newman Center staff in October 2016. 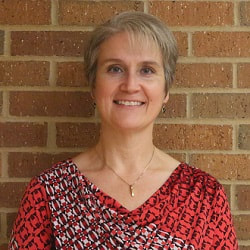 Mary Rae Meyer, Development Assistant
Mary Rae Meyer is new to the Newman Center as of August 2017. She has lived in the Iowa City area with her family since 1999. She is a member of St. Mary's Parish as well as a graduate of The University of Iowa. Mary Rae and her husband, Ron, have been married for 25 years, and have a son and a daughter who are both recent graduates of Regina.

Deacon Joe and Katie Welter, Marriage Preparation Coordinators
Deacon Joe is a deacon of the Diocese of Davenport, and is assigned to the Newman Catholic Student Center, St. Mary Parish, and the Diocesan Office of Social Action. He is a civil and environmental engineer. Katie is a math and religion teacher in the Regina Junior and Senior High School. They have three children. Joe is a native of Long Grove, Iowa and Katie is a native of Dubuque, Iowa. Both are alumni of The University of Iowa and have been involved at the Newman Center for two decades. 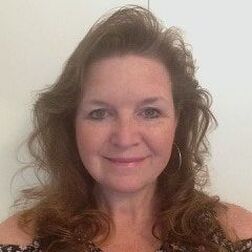 Ronda Lipsius, Administrative Assistant
Ronda has been with the Newman Center for 14 years. She manages the office and facility as      well as oversees the annual Clothing Drive and Angel Tree Projects and the Newman Center
Free Lunch serving team. Ronda and her husband, Mark, have been married for 37 years.
They have one son, two daughters and 3 granddaughters. Ronda is also Co-Director of the
​  Free Lunch Program of Iowa City. 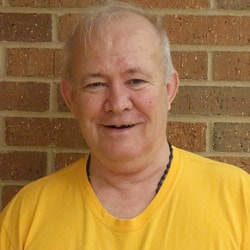 Mike Leuck, Greeter and Sacristan
Mike Leuck is the friendly face at the front desk providing hospitality and greeting all those who enter the Newman Center for the last two years. He also serves as the Sacristan for Newman, making preparations for liturgical celebrations. Originally from Moline, IL, Mike has lived in the great state of Iowa for more than 40 years. He has held many jobs over the years and his favorites have been in sales. Mike loves to talk and can chat with the best of them. Stop by and see him! 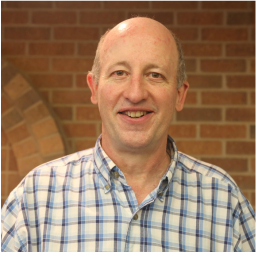 Dan Teets, Director of R.C.I.A
Dan Teets is Director of Adult Spiritual Formation at St. Mary Church and Director of R.C.I.A at the Newman Center. He works with adults interested in finding out more about the Catholic faith and Catholic adults who wish to deepen their relationship with Jesus. Dan also works full time at the University of Iowa Libraries in Acquisitions and Cataloging. Dan has been happily married to Janet since November 1989. They have five beautiful daughters and a handsome son. Dan's greatest joy in life is sharing the Good News of salvation available through Christ with others. In his free time he enjoys being with family.

Other priests who serve at Newman